Fashion City: What Is It?

A city that has a significant impact on the global fashion scene.

Starting from its history to its designers, heritage, styles and trends to manufacturing innovation and selling of fashion goods—is known as a fashion capital(in this article, we will be mainly talking about the fashion capital of Europe).

Including occasions like fashion weeks, fashion council awards, and trade shows, which collectively produce a considerable amount of economic production.

“I think we all know boldness when we see it. Nothing makes me smile more than when I see someone being fully themselves, with their own individual style and character, whatever that is.”

Four Cities are regarded as the major fashion capitals of the 21st century due to their fine fashion legacy, organized structure, and most renowned fashion designers of the previous century.

The “Big Four”—New York, London, Milan, and Paris—are the most well-known fashion capitals in the world, and they rightly receive majority of the press coverage.

They are ranked chronologically by the dates of their respective fashion weeks.

Wondering how Paris and Milan became the most important cities? Then keep reading. 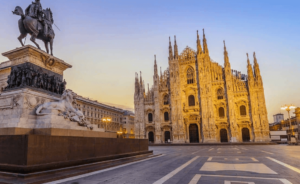 The history of fashion, textiles, and design in general in Milan is extensive.

The city was a significant industrial hub for most of the late 19th century, taking pride in its position as one of the leading economic and industrial powers in the nation.

Milanese fashion created its own methodology that, by definition, was focused on moderation, simplicity, and fabric quality.

In Milan, the first significant department store in the nation was established in 1865. The distribution of apparel in the city was modernized with the development of department stores.

The use of only Italian models and materials in production is one of the core principles. The rules of the game in the realm of fashion were altered by the Second World War.

The phenomenon that is now known as Fashion Week first appeared in New York at that time.

Giorgini made the decision to host a fashion show as soon as the war was over in order to connect buyers and Italian designers.

He planned this prosperous celebration in his own villa. Therefore, 1951 marked the beginning of Fashion Week in Italy’s history.

The event decided to transfer to Milan since the airport in Florence was unable to handle the influx of royalties from all over the world. The National Chamber of Italian Fashion was established in 1958, and the inaugural Milan Fashion Week was held there.

Milan’s design is renowned for its functionality and understated elegance, and Milan Fashion Week has grown to become one of the most significant worldwide events. 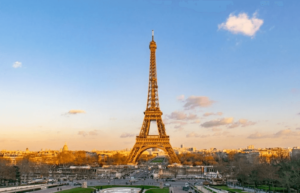 Many people aspire to the seeming ease of Parisian style. There are several causes, many of which them are from go back to the 18th century, even ifn case it may be claimed that Paris’ dominance in the fashion world began far a lot earlier.

Despite experiencing a setback during World War II, it immediately bounced back and has since established itself as a staple among fashionistas.

Read Also – Best Long Hairstyles For Men To Keep An Eye Out For In 2022.

During the Napoleonic era, the job of Minister for Fashion’s job was still held by couturier Rose Bertin from the 18th century.

Initially, the wealthy and influential were the ones instructing fashion designers on what they wanted to wear, but this began to shift in the 19th century.

Surprisingly, Charles Worth, an Englishman living and working in Paris, is credited with founding modern Haute Couture by putting his name on his clothes labels.

In order for clients to approve or disapprove of his designs, he went one step further and created designs based on his own ideas and displayed them on live models.

Since the novelty was a hit, fashion designers started to set the trends.

But after the war, designers came back to Paris, and couture once more ruled.

The Various Fashion Weeks Held There 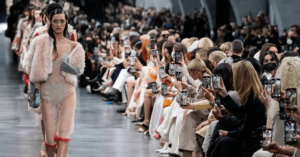 The industry’s first-ever scheduled fashion week was held in Paris.

The French city hosts two editions of Paris Fashion Week each year: one for the spring/summer season and the other for the fall/winter season.

One of the major fashion weeks worldwide is Milan Fashion Week.

The most prestigious fashion brands and the trendiest designers on the runway come together for it twice a year, in the spring and the fall.

To Wrap It Up!

So, now for the conclusion of  Milan vs Paris fashion…who will be named the “most fashion-forward” European city, the world’s oldest fashion capital, or the most rich fashion superpower of the 18th century?

For now, Paris is the winner.

Paris was named the world’s top fashion capital in 2015, according to the Global Language Monitor’s Annual Fashion Capital study.

Despite the fact that the statistics vary from year to year, Paris still continues to outperform Milan.

How Remote Patient Monitoring Services Can Save Lives

Watson Rich September 24, 2020 No Comments
Interesting blog! Is your theme...