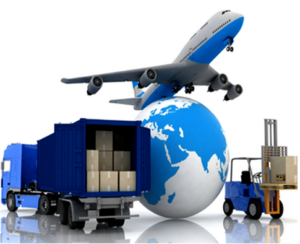 The export and Import rate of businesses of a particular country plays a vital role in deciding the overall rate of the economy of that particular country as it greatly helps in estimating the surplus or deficit rate of a country. In this article, MyXBorder will cover mostly everything about Export Import From India To The USA including what elements are required to make import and export possible for India, and also what products come under the category of safe and legal import and export.

A little about Importing

The process of importing incorporates the buying or purchasing of goods and commodities from another country. The process of export is seen as an influx of funds to the country, thus most countries try to export the commodities rather than purchasing or importing. But still, the importing process is also very important for a country and is seen as a great role player in the economy. Take, for instance, a country is importing the machinery that will ultimately help in manufacturing the products resulting in an increase in productivity of the company and also an increase in the economy of the country.

Once the machinery or equipment is installed, it may enhance the manufacturing company’s ability to produce products, thus increasing their revenue rate and ability to export their products in the near future.

A little about Exporting

The exporting process includes the transportation of goods and services from one country to another. In accordance with this process, the products are produced domestically in a country and then sold to businesses or consumers who are living in any other country. The exporting of products to foreign countries allows the countries to:

The companies that export the product keep competitive strategies and advantages in mind by promoting the products and services, which helps them gain competitive advantages. The other very important factor can be the promotion of commodities that are produced in bulk in their country.

The importance of Import and Export for a country

A trade deficit is a condition that generally occurs when a country’s import rate is higher than its export rate and this situation arises when the country doesn’t have enough resources to mass-produce its own products due to:

This alludes to the outpouring of the National currency overseas. To better understand how export and import plays role in economics, understand the term GDP.

A country’s gross domestic product (GDP) or national income, is the gross market value of the total goods and services it produces during a specific period of time. GDP is considered the most important, common, and useful metric that tracks the overall status of a nation’s economy. It helps in determining whether the economic rate is facing a situation of recession.

The positive export rate represents the net surplus rate of the country while the negative net export represents the trade deficit of that particular country.

In the above equation, the term consumer expense refers to private household expenditures.

The import-export rate between India-USA was estimated at around 92 billion USD in 2019 showing an increment of 5% in comparison to the net commodity traded in the former year with around 87 billion dollars. The average commodity trade, during the initial five months, was estimated at around 27 billion with a decrease rate of 13% than that of 2019. The exports decreased by 12.3% while imports were down by 16.74% in 2020.

The India US export data signifies that India exported 87.9 billion USD in 2019.  At that time, India was in the position of the 10th largest supplier of commodities to the US. Also, the data shows that exports from India to the US in May 2020 were 2123.62 million USD. There appeared a sharp drop in exports in April 2020 which was valued at 3322.69 million USD.

Exports and imports are substantially free, except in cases where they are managed by the provisions of this policy. The Director-General of Foreign Trade has published and declared in ITC(HS), the complete detail of the product-wise policies.

The Director-General of Foreign Trade states public notice regarding such terms and conditions, as per which any commodity, not included in the ITC(HS), may be exported without any license.

Under Schedule 2 the categorized products are:

In terms of ranking, India lies in 10th place in the world, whereas the USA stands in the position of number 1.

Here is the list of the major products that are allowed to be exported from India:-

The highly-demanded Indian products are:-

India’s global integration and interactions have helped it in strengthening its strategic import-export management capacity. At the same time, India has also been helping and guiding other countries which are new to exporting and importing, in building their capacity.